Tips from the experts at 4DHP. 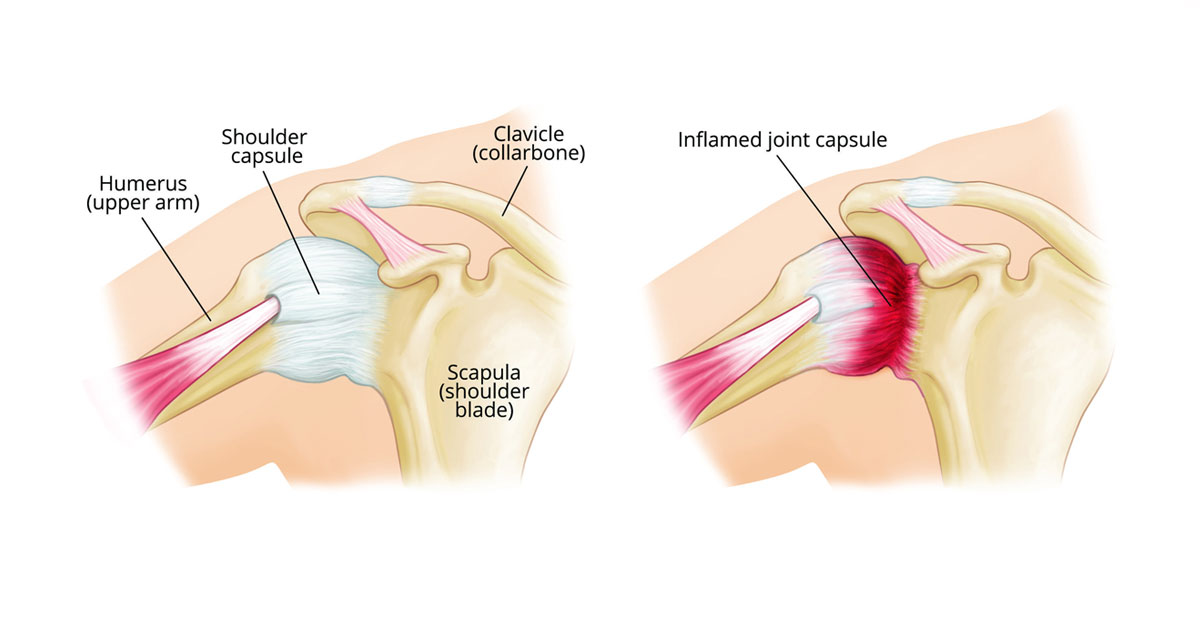 1. The medical name for frozen shoulder is “Adhesive Capsulitis”.

3. Restricted and painful movement is caused by the connective tissue encapsulating the shoulder joint tightening and becoming inflamed.

6. A person has significantly increased risk of developing frozen shoulder if you have a history of systemic disease Systemic disease includes conditions such as diabetes, hypothyroidism or cardiovascular disease(1).

7. The average duration of a frozen shoulder is between 1-3years(1). Historically, frozen shoulder was thought to be “self-limiting”, i.e. a condition that resolves after a given time by itself. However, emerging evidence is finding this to be a false assumption(3,4), and unfortunately in some people symptoms can last up to 10years(1).

Gradual development of un-easing shoulder pain which becomes sharp at end-range movements. People will often experience pain at night, both sleeping on and off shoulder, which disturbs sleep. In this stage, range of movement is still largely preserved.

Resting shoulder pain begins to slowly subside with sharp pain only experienced at end-ranges of movement. Concurrently, the shoulder becomes progressively stiffer, and a person’s range of movement is significantly reduced

The final stage in which there is gradual improvement in shoulder range of movement with resolution of pain.

9. In the “freezing” stage, your General Practitioner or Physiotherapist may recommend to have cortisone steroid injections into the shoulder joint.
This is because they have been showed to be very effective at reducing pain in the early stages of frozen shoulder(5). However, they do not improve range or speed up resolution of frozen shoulder.

10. In the “thawing” stage, Physiotherapy-guided rehabilitation will be beneficial to facilitate restoration of shoulder function.
Aim of treatment which be to regain range of motion at the shoulder and correct any altered movement patterns

If you or someone you know is affected by frozen shoulder, please give 4D Health and Performance a call on (02) 8041 0762 or come visit our clinic.
Back to all articles